The Best Android Phones for 2021 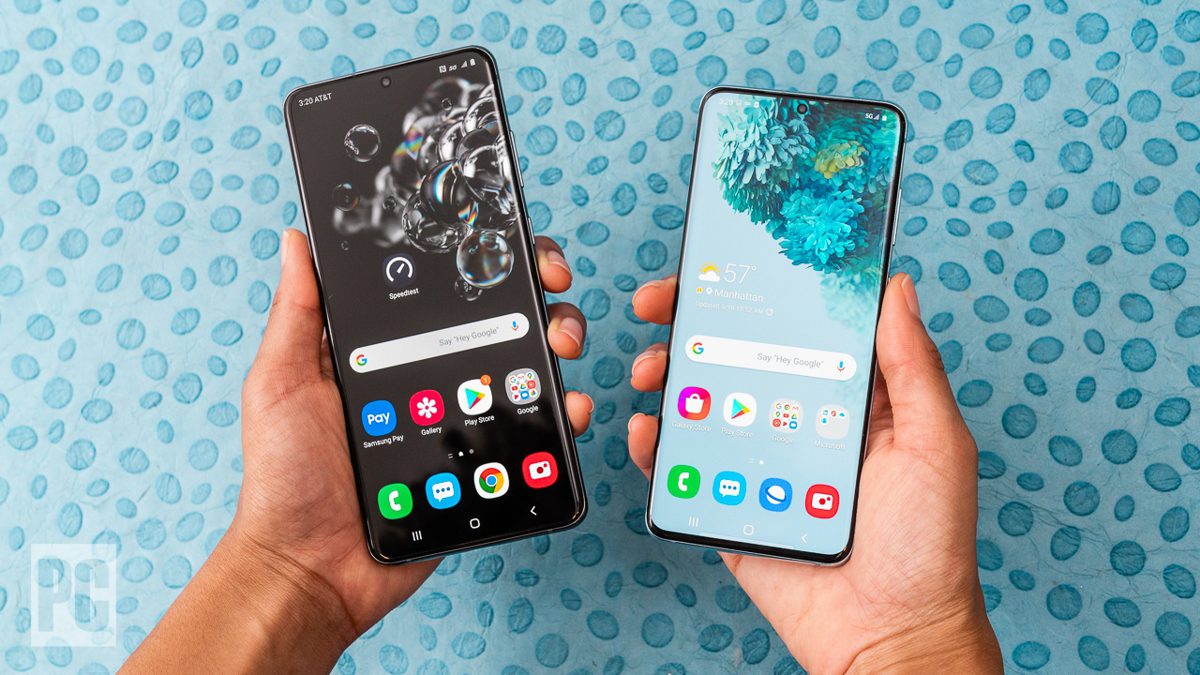 Posted at 04:21h in Technology by Team Vectribe Agency 0 Comments

Whether you’re looking for a big or small phone, entry level or top of the line, Android offers options for everyone. And unlike Apple’s rigid release cycle, Google’s hardware partners unleash a seemingly endless stream of new devices year-round. But therein lies the problem: With so many options out there, how do you settle on the right one? Lucky for you, we test and review nearly every smartphone available on all the major US carriers.

Keep in mind that while the reviews above may not show your carrier of choice, most of the phones here are available unlocked and can be used with multiple US carriers. Read on for what to look for when buying, as well as our top picks for Android phones.

When to Buy a New Android Phone

The Android release cycle has become perpetual; there’s a new set of flagship phones coming every month at this point. If you’re in the market for a Samsung, now’s a good time to buy. The Samsung Galaxy S21 series just hit shelves, and Samsung is unlikely to put out prominent new, higher-end phones for another six months or so. Google also seems to be taking a breather now that the Pixel 4a 5G and the Pixel 5 are in the market. The next round of hot phones is likely to come in March from LG and OnePlus, most prominently featuring the OnePlus 9.

Pretty much any higher-end phone you buy now will have 5G. If you’re purchasing a lower-end device, don’t stress out about it too much; AT&T’s and Verizon’s current nationwide 5G systems don’t give much of a performance boost over 4G, and even lower-end new T-Mobile Android phones have started to include mid-band 5G.

If you want the best network speeds in the future, look for a phone with C-band. Coming predominantly to Verizon and AT&T starting in late 2021 or early 2022, C-band networks will potentially offer several times the speed of 4G and low-band 5G systems. At this writing, the Samsung Galaxy S21 series phones are the only Android phones that officially have C-band, but we expect most other phones released this year to have it as well.

You can find our favorite 5G handsets in our list of the the best 5G phones.

This list has phones from under $200 to just about $2,000. On the low end, the Nokia 5.3 and Moto G Power are excellent values for not much money. One tip at the very low end: carrier-branded phones (which don’t mention the name of their manufacturer) often aren’t very good.

Most of the phones sold in the US cost $600 or more, because they’re sold on monthly payment plans that hide the cost over 24 or 30 months. But there’s also a thriving market, mostly prepaid, of phones costing $300 or less. Take a look at recent models in the Moto G series, phones by Nokia, or the ZTE models sold by prepaid carriers for decent quality at a low price.

The pandemic caused phone makers to reevaluate the sky-high flagship phone prices we saw earlier this year. The Galaxy S20 FE, the Pixel 5, and the OnePlus 8T are all resetting the “flagship” phone price from $1,000 to $600–$700, a refreshing change in a tough economy.

Verizon’s millimeter-wave 5G system continues to exact a “millimeter wave tax” on its devices; Verizon 5G-compatible phones are often $50–$100 more expensive than 5G phones for the other two carriers; when there’s an exception, it’s usually because Verizon or the manufacturer is quietly subsidizing the phone.

What Size Phone Is Right for You?

There’s been a dramatic shift in Android phone shapes and sizes over the last few years. Many manufacturers have started to make their phones taller and narrower, resulting in one-hand-friendly models with improbably large screen sizes. We go into more detail on the new form factors in our piece on how we need to measure phone screens now.

You can find Android phones with stated screen sizes from 5.6 inches to well over 6 inches. With the new form factors, though, it’s very important to look at the width of the phone as well as the width of the screen. A tall, narrow phone can be much easier to handle than something wider.

Which Is the Best Android Version?

Not all Android is created equal. Device manufacturers such as LG and Samsung have been applying their own visions to Android for some time now. If you want a pure Google experience, then you want to go for a Pixel device; they’re the developer models where Google makes sure to deploy upgrades first. Motorola and OnePlus also have very clean user interfaces, though they tend to add more invisible features to Android.

Android 11 is the most current version, and it’s becoming more widely available. Many phones have Android 10. Don’t buy a phone that comes with Android 8 or below, as the older the Android software version is, the more likely it is to have serious security flaws.

The Problem With Huawei

Huawei is the world’s second-biggest smartphone maker, and its products under the Huawei and Honor brands are often very high quality. But the US government has now essentially gone to war with Huawei, banning Google services from Huawei phones and banning Huawei phones from US shelves. We no longer recommend Huawei phones on our roundups, though we continue to review them to show other Americans what we’re missing.

Should You Buy Through a Carrier or Unlocked?

The US market is still dominated by carrier-sold phones, but buying your phone direct and unlocked gives you more freedom to switch carriers if you choose to do so.

Unlocked phones feature no carrier bloatware and no ongoing payment plan, so you can switch to another carrier or sell on eBay at will. An unlocked phone is actually something you own. Every phone on this list can be bought direct, with no carrier involvement. But most people still buy their phones through carriers, which offer a single point for service and support, as well as monthly payment plans that dramatically lower the upfront prices of phones. Carriers also sometimes restrict Wi-Fi calling features to phones sold by their own stores.

With that in mind, choosing Android as your mobile operating system is only half the battle. If you’re still on the fence, check out our list of the best phones, regardless of OS.